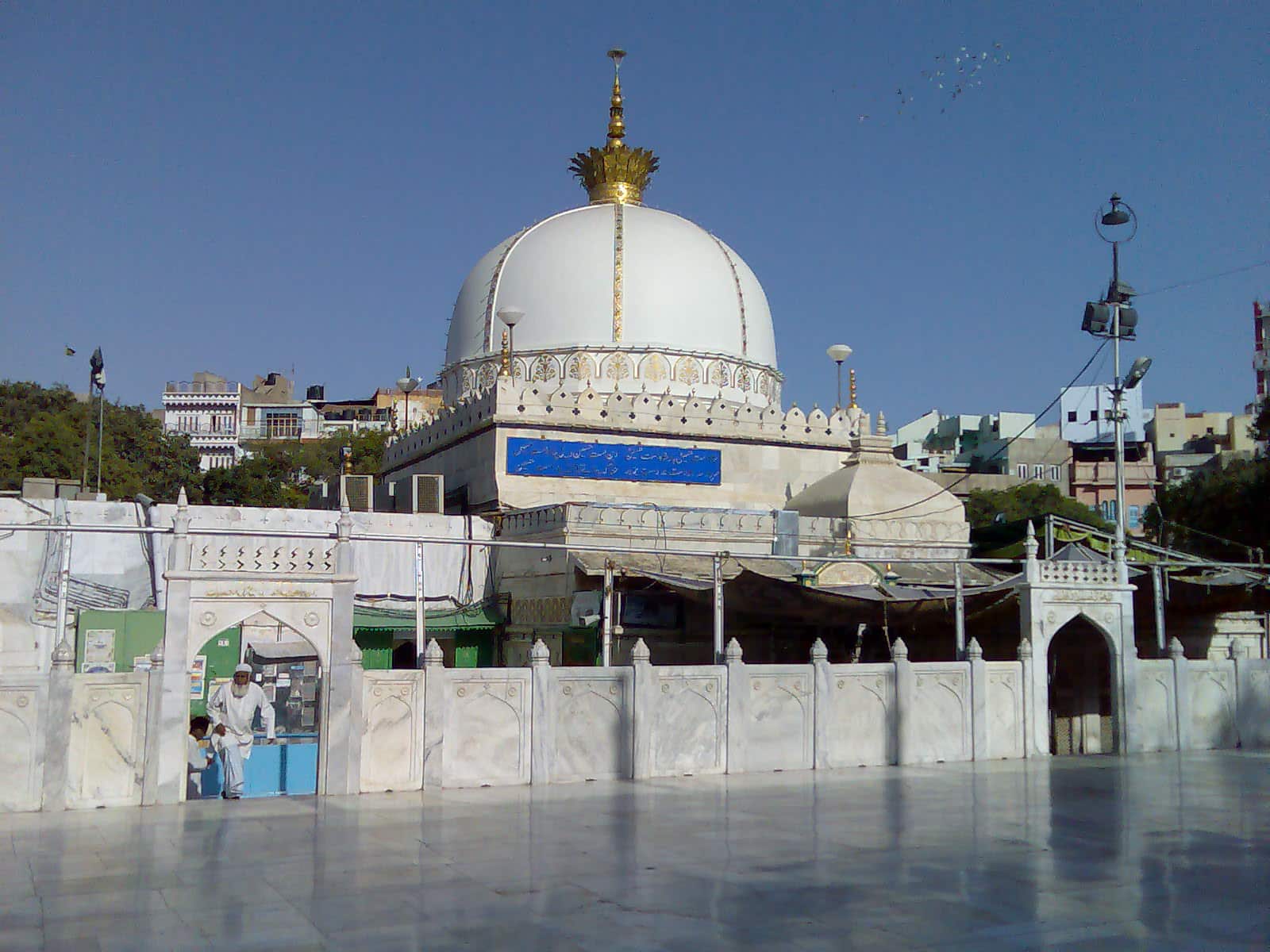 The tomb of Moinuddin Chishti, Ajmer Sharif Dargah is one of the religious places of worship in India. It is not only for the Muslims but also for the followers of every faith & belief. As being the final resting place of Gharib Nawaz Moinuddin Chishti (a great Sufi saint) who dedicated his entire life for the upliftment of poor & down trodden people, the dargah has had an enormous contribution in spreading spiritual & ethical values among the people.

Various different constituents like tombs, Daalaans & Courtyards are present there in the dargah. Major among these are Buland Darwaza, Jama Masjid, Aulia Masjid, Nizam Gate, Dargah Shrine, Mehfilkhana, and many more prominent embellishments. Built by the Mughals, the abode truly justifies the Mughal architecture of the era.

Undoubtedly, it is one of the most famous pilgrimage centers in Rajasthan. Considered as a very sacred place by the people/ followers of all religions, the holy abode is visited by about millions of people every year.

It is an accepted fact that when the Sufi saint turned 114, he bolted himself awake for six days to pray and left his human body behind. Subsequently, ‘Urs’, a lovely festival, is held for six days in the Dargah in the seventh month of the Islamic lunar timetable every year.

The main gateway of the Holy Tomb which is commonly shut down is kept open at daytime and night (except for 2 or 3 hours at night) at the time of celebration on all the six days of Urs.

This time is particularly a beautiful time to visit this holy place. Thus, the dargah is a blessed holy place for the adherents of Islamic faith, spiritualists and for devotees of each faith.

Travelers are welcomed here by a relaxing aura of incense sticks, spiritual vibes & combined effects of flowers at the Dargah.

NOTE: It is a well-known belief that people, who pray here with a pure heart, get all their wishes fulfilled. And, when the wish gets accepted or fulfilled, they need to visit the dargah again.

THINGS TO DO IN AJMER

1.  Ajmer has a great deal to offer apart from the Ajmer Sharif Dargah.  Situated on the edges of the city, Adhai-din-ka-jhonpra is another significant tourist destination of Ajmer. It was changed into a mosque 1198 from a Sanskrit College.

2. One can also enjoy shopping along the streets of the city. Weaved or Embroidered dupatta, Jodhpuri jutis, and Silver Jewelry is well known of Ajmer.

3.  The Nasiyan temple is yet another place to visit in Ajmer. Additionally, known as the Golden Temple of Ajmer, it is a two-story temple and is decorated widely with valuable stones, gold, and silver.

As it is a religious site so there are no fees for the entry.

How to Reach Ajmer Sharif Dargah

There is a good no. of bus services from every nook and corner of Rajasthan city to the Ajmer Central Bus Station.

By Air: The closest airport is Jaipur airport. One can also hire a cab from Jaipur to reach Dargah.

By Rail: Indian Railway network connects most of the Indian cities to Ajmer.

By Road: Regular buses are operating to Ajmer from cities like Jaipur, Delhi, Jaisalmer, and Jodhpur. The dargah is located at a small distance of 2 km from the town of Ajmer and many buses and cabs travel from various parts of the state to Dargah.