Agra – a glorious heritage city on the bank of Yamuna River. The famous 2nd century Geographer ‘Ptolemy’, marked it as Agra on the World map. It is generally accepted that Sultan Sikandar Lodhi, the Ruler of Delhi founded it in the year 1504 AD but the golden age of the Agra began with Mughal rulers after 1526 AD. It was than called as Akbarabad and remained the capital of the Mughal Empire under Emperor Akbar, Jahangir and Shah Jahan. Significance of Agra, as a political centre, ended with the shift of the capital Agra to Delhi by Emperor Shah Jahan.

Best time to visit Taj Mahal is at sunrise. Ticket window opens one hour before sunrise. Your local guide will tell you sunrise time when you arrive Agra and you can fix wake up call accordingly.

Taj Mahal is a beautiful building, you may visit any time. Taj opens with sunrise and closed with sunset all days except Fridays.

Best time to visit Taj Mahal is at sunset from Agra Fort or from Mehtab Bagh.

By Road (Delhi to Agra)

Best air connection is from Delhi Airport. which is 230 km (oneway).

What to see / visit in Agra

A UNESCO World Heritage Site and one of the Seven Wonders of the World.

Taj Mahal was built by Emperor Shah Jahan as a memorial to his beloved wife Arjumand Bano Begum entitled as Mumtaj Mahal. Shah Jahan invited master craftsmen from Italy and Parsia to design his ambitious tribute to love.

Construction of this enchanting mausoleum started in 1631 AD and it is beleived that it took about 22 years to complete the whole premises with the help of an estimated 20,000 workers. 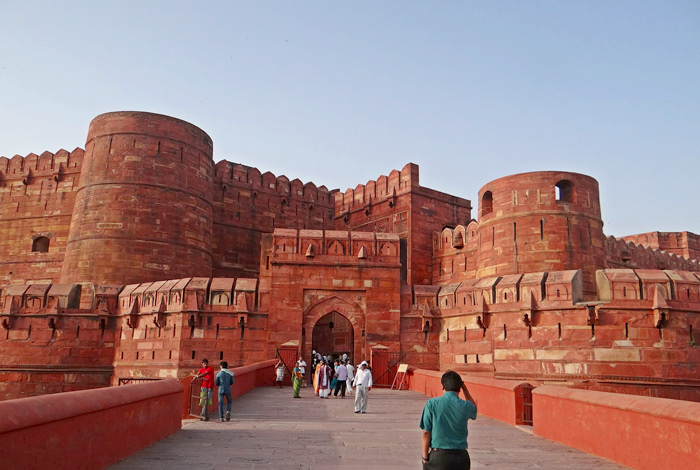 as built by the Emperor Jahangir’s Queen Nur Jahan, in the memo 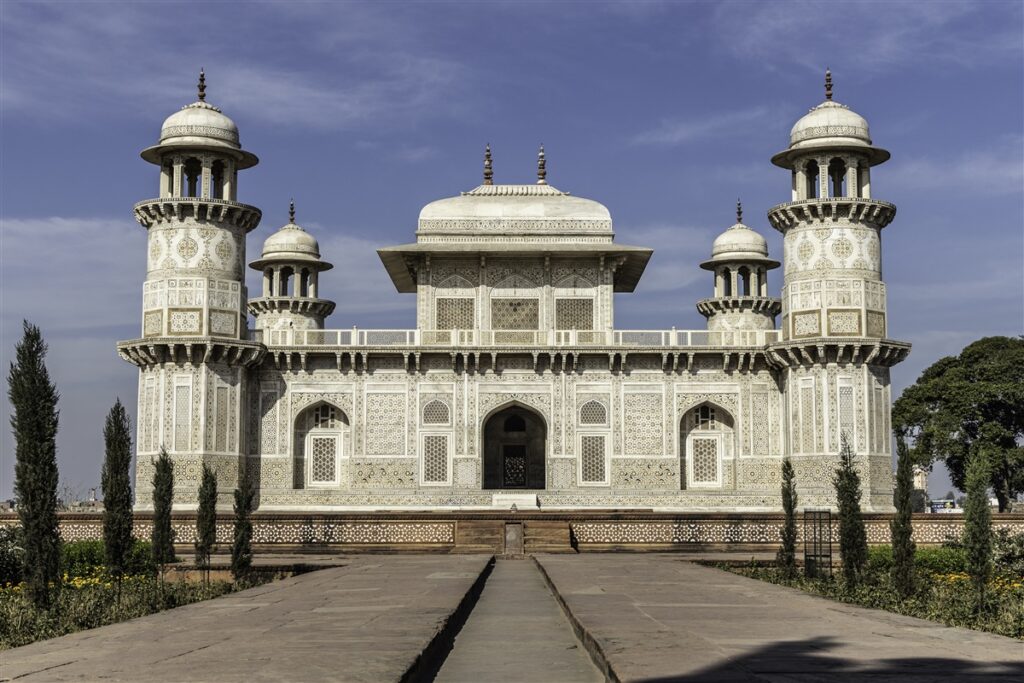 ry of her father Mirza Chias Beg during 1622-1628 AD. This beautiful mausoleum built in white marble and inlaid with semi-precious stones, located on the bank of Yamuna River. Being precursor to Taj Mahal, this Itimad-ud-Daula is also known as Baby Taj.

Sikandara is the mausoleum of the Mughal Emperor Akbar. Emperor Akbar himself planned the tomb and selected a suitable site for his tomb. After the death, his son Jahangir constructed his tomb between 1605 – 1613 and spend Rupees 1,500,000 which took 4 years to complete. 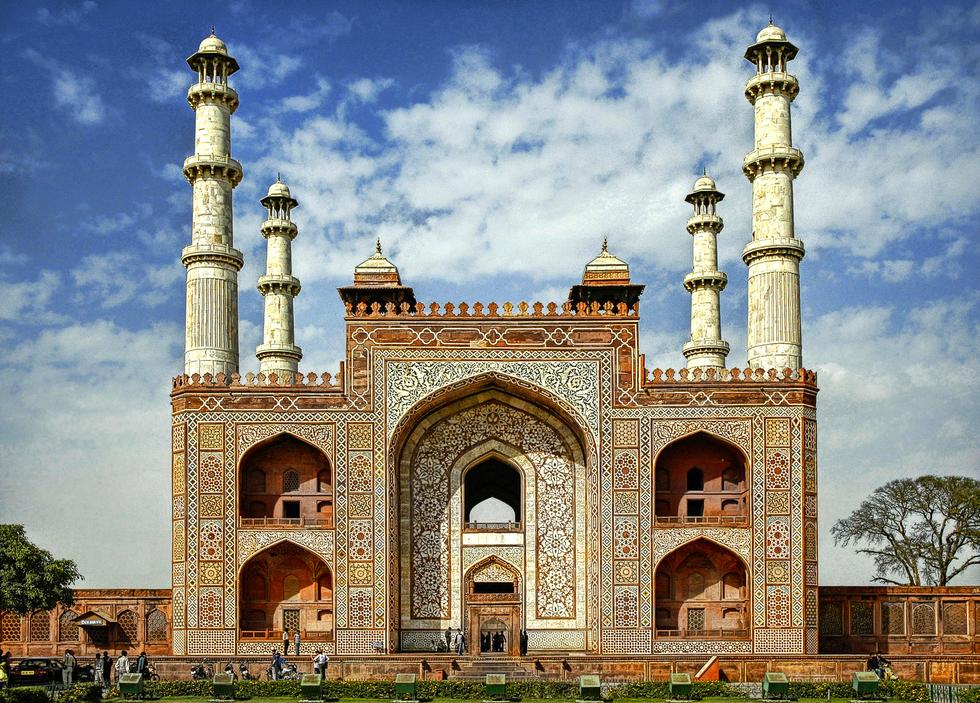 Mehtab Bagh is located on the left bank of Yamina River, just opposit Taj Mahal. This garden complex is a huge square measuring approximately 300m x 300m and in straight alignment with Taj Mahal. It is mentioned that this garden was built by Emperor Babur in 1530. It is also noted that Emperor Shah Jahan had identified a site from the crescent-shaped, grass covered floodplain across the Yamuna River as an ideal location for viewing the Taj Mahal. It was than created as “a moonlit pleasure garden called Mehtab Bagh.”