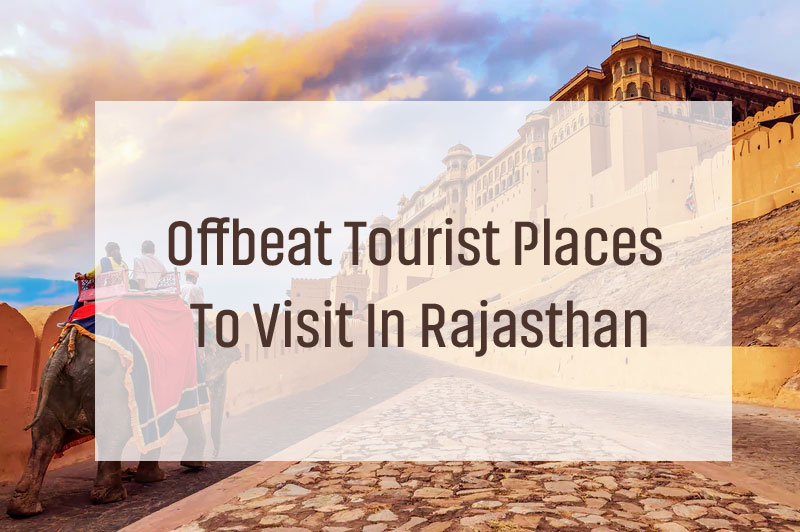 Interestingly, Rajasthan has so many places to visit & explore. Therefore, it is difficult to visit all the places in Rajasthan in a single trip. One can begin his journey from Delhi and visit Jaipur, Udaipur, Jaisalmer, Jodhpur & Ranthambore National Park can be visited. Besides these popular destinations there are many offbeat places to visit and experience the cultural heritage of Rajasthan.

Visit some of the offbeat destinations in Rajasthan, India:

The city of Baoris is yet another important tourist destination in Rajasthan. Located at a distance of 210 km from Jaipur. Bundi was once the native place of a tribe called Bunda Meena. Since then, it adopted the name. The city is known for its magnificent forts & palaces, lakes, baoris (step reservoirs), and old architectures. Thus, the city of step wells is a perfect getaway destination for spending a good vacation.

Major attractions: This magnificent town is filled with a no. of palaces & forts which include Bundi Palace, Taragarh Fort, Dabhai Kund, Sukh Mahal, Nawal Sagar, and many stepwell reservoirs.

Things to do/ explore: Explore the great forts and palaces along with Badal Mahal inside the Taragarh fort for the ancient painting that depicts the opium trade, visit the baoris and know about the ancient technique of water harvesting.

Home to one of the only two models of the biplane used by the Britishers during World War – I. The famous camel country Bikaner is renowned for the famous Rat Temple – Karni Mata Temple, Deshnoke just 30km from Bikaner. In January, every year, a Camel Fair is also organized in Bikaner. The place is well-known for the love of Handicrafts.

There is always something to explore in Rajasthan. Come & explore the wonderful sites that Bikaner awaits to offer.

Things to do/ explore: Be a part of the Bikaner Camel fest, buy some Usta and Chadwa artefacts and handicrafts.

The city of hundred islands, Banswara got its name from the ‘bans’ or bamboo trees that once grew here in large quantity. Formerly, this district in Rajasthan was a princely state that was ruled by the Maharavals. With fertile, rich plains of wheat, maize, cotton, soya bean, rice, gram, the district is a mix of several kinds of geographies. All these make up the entire central and western regions while the Aravalli range covers the eastern side. Khajur (date) and mahua trees, rich teak forests and mango, are home to diverse wildlife. The archaeological significance of Arthuna town has made it one of the major attractions of Banswara.

Things to do/ explore: Engage in several adventurous activities, tours & temples that await you here as there is always something to explore.

The land of India’s finest forts and one of the oldest cities in the history of India. Chittorgarh is widely known as the birthplace of courageous Rajput King, Maharana Pratap. Named after the Chittorgarh Fort, this great city displays the spirit, courage, pride, valor & romance of Rajputana kings. Being an ancient place, the city is known for having several different forts & palaces, temples, all of these display the most advanced architectural designs as well as the artistic mastery.

Things to do/ explore: Listen to the folk tales from the local people & savor mouth-watering delicious Rajasthani cuisines.

Ajmer is the fifth largest city of Rajasthan which is famous for Dargah Sharif, the shrine of Sufi saint Moin-ud-din Chishti. The city is surrounded by the Naag Pathar range & the Aravali range that also saves it from the Thar Desert. Ajmer is famous as the most popular tourist place in Rajasthan for a no. of celebs coming to the dargah to fetch blessings. Make your way to the heritage city of Rajasthan, also known as “the land of invincible hills”.

Things to do/ explore: Offer chadar to the grave of Sufi saint, attend qawali at Dargah Sharif

The above mentioned places unfold a handful of many secrets that the ancient kingdom hides in it. Thus, planning a visit to the top tourist places in Rajasthan is one of the most spiritual & gainful experiences one witness in his lifetime. With all these wonderful destinations, you are sure to spell bound your mind the moment you step here.